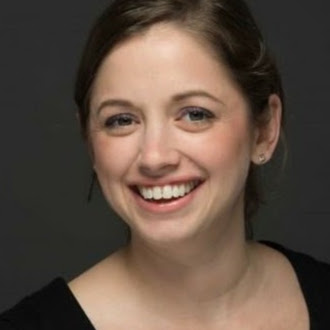 On August 29, I spent at least 8 hours on the phone with all kinds of people: my boss at the Evelyn Rubenstein Jewish Community Center, my co-workers, my friends, and then there was one specific call that gave me the direction in my post-Harvey haze that I was truly lacking. The calls before it contained a lot of “What-ifs.” We speculated about the damage to homes, organizations, and to the JCC. We speculated about the start date of school and where people would go if they couldn’t return home. We spent time trying to get our loved ones to safety and discussed what if the damage that we were imagining turned out to be so much worse.

I picked up the phone, “This is Anna;” because it was a number I didn’t recognize.  “Hi Anna, This is Emily, I work at URJ Greene Family Camp. Jill gave me your number.” I thought to myself how interesting it was that she was calling me…I wasn’t sure where it was going to go. My kids were screaming in the background because they were going stir crazy. Emily brought me back to the call with her question, “Can we plan a camp together?”  I paused and thought to myself about this opportunity and said “Yes!” I didn’t know how we were going to do it, I didn’t know where we were going to do it, I didn’t know how we were going to staff it but I wasn’t going to say no.  We spent several hours that afternoon working on all of those issues from our homes, some of us without power, some without internet and all of us without knowing what exactly was going to emerge when we finally got to leave our homes. We went to sleep with a plan, a volunteer request form up on the internet, and an appointment to meet to see some space to house the camp the next day.

The following day, August 30, changed the lives of Jewish Houstonians forever. It was the day that most of us finally emerged from our Harvey seclusion and ventured out into our extremely damaged and forever changed community. I finally found a babysitter that could get to my house so that I could venture out. I had an appointment to meet Emily and Stefani from Greene and finalize plans to open a camp in 24 hours. But first I had to go to the JCC. I had to see for myself what my colleagues and boss had been seeing on our security cameras. It was nothing like I was picturing in my head… it was so much worse.  A building that is always so full of laughter, amazing smells, smiling faces, and happiness had 10 feet of water in places, it smelled but not amazing, and there was certainly no laughter. But I couldn’t dwell on it; we had a camp to plan and to open!

And that we did. On Thursday, August 31, we welcomed 175 kids from families across the city experiencing different degrees of problems caused by the storm to Hurricane Harvey Houston Day Camp.  We had over 350 people complete our volunteer request form and vendors, providers, universities, and other groups were calling us wanting to help!  Congregation Emanu-El of Houston opened their doors to provide one of the only dry spaces in the Jewish community and URJ Greene Family Camp provided their camping expertise, their people, their supplies, and arranged for the food that we needed to pull it off.  The Jewish Federation of Greater Houston, The Union for Reform Judaism, and the Evelyn Rubenstein Jewish Community Center all provided the support needed to make this insane dream a reality.  Over the next week, we expanded the camp to include more campers so that parents could return to work knowing that their kids were in a safe space. The collaboration that happened to pull off Hurricane Harvey Houston Day Camp was unbelievable and unprecedented. No one cared what synagogue anyone was a member of, no one cared if you were a member of the JCC, and it didn’t matter if you were a donor to the Federation.  Everyone was together, everyone was helping and no one was expecting anything in return. We mobilized to provide something that our community desperately needed in a time when none of us were really sure what lie ahead.

Now that HHH Day Camp has ended and our lives have started to calm down, I will never forget that phone call that gave me direction in my post-Harvey haze. The Evelyn Rubenstein JCC has a long way to go before it’s fully recovered but I guarantee we are going to move forward with a closeness and cohesiveness in our community like never before.