Then is (almost) Now for Reproductive Rights

Where does Reform Judaism stand on the question of reproductive choice, including the legality of abortion? Materials in the Klau Library from the 1970s through today demonstrate that Reform Jewish institutions in America were early promoters of public statements supporting reproductive choice and legal abortion, and continue with their support through the present day. 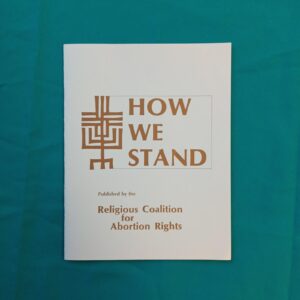 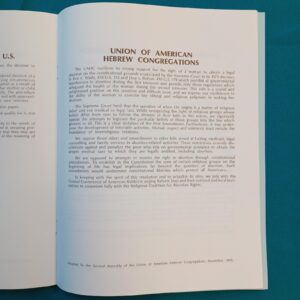 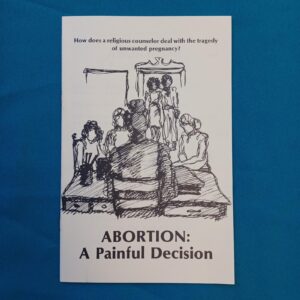 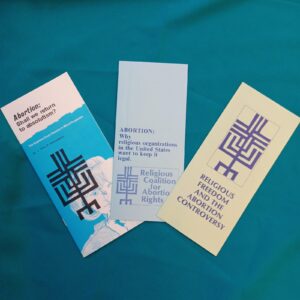 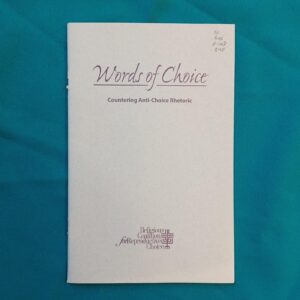 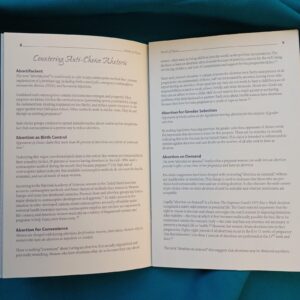 In 1973, the Roe v. Wade decision to legalize abortion was challenged as soon as it was ruled. The RCRC has remained steadfast in its support and advocacy for reproductive choice. For example, it joined many other faith organizations in the March for Women’s Lives in 2004 with the slogan “Pro-faith, pro-family, pro-choice.” 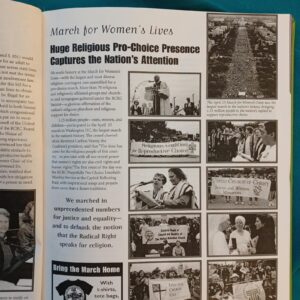 The RCRC has also published voter guides on reproductive choice, exhorting both dominant political parties to change their policies. 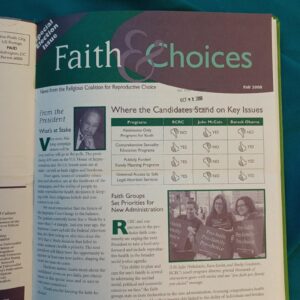 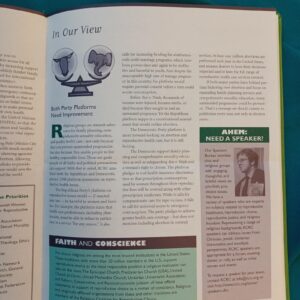 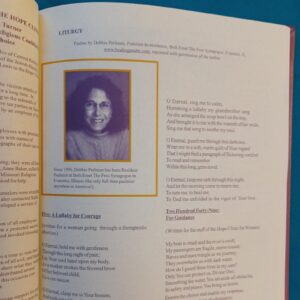 The URJ adopted resolutions in support of abortion rights and access in 1967, 1975, 1981, and 1990. The CCAR and WRJ adopted resolutions in 1967, 1975, and 2017. (See this link, [WC1] [WC1] for a summary of resolutions on this topic.) The HUC-JIR Klau Library in Cincinnati holds an important collection of documents from the Religious Coalition for Abortion Rights. It contains statements from organizations that represent many religions, including UAHC, the National Council of Jewish Women (NCJW), the National Federation of Temple Sisterhoods, the American Jewish Congress (AJC), and various Christian organizations. 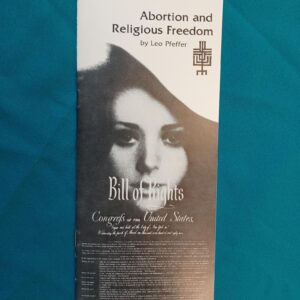 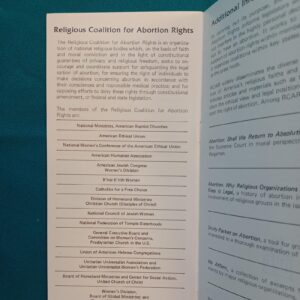 The religious debate about when life begins uses the onset of fetus viability to define the beginning of “life,” and thus the point at which the state can intervene in an individual’s decision to continue or to terminate a pregnancy. The RCRC’s position in support of reproductive choice does not engage with the question of when life begins; it instead bases its argument on freedom of religion and separation of Church and State. 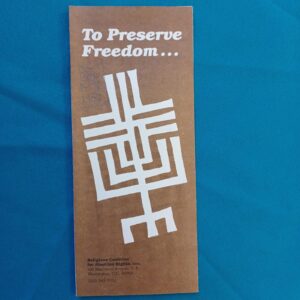 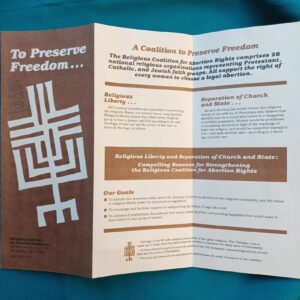 Roe v. Wade has stood since 1973. Upholding the challenged laws would return to individual states’ authority over the legality of abortion. The Center for Reproductive Rights project illustrates state by state the likely impact on abortion rights if these challenges to Roe v. Wade were successful. 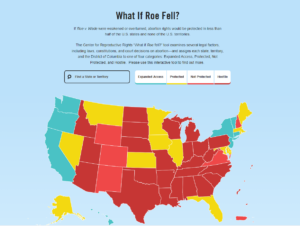 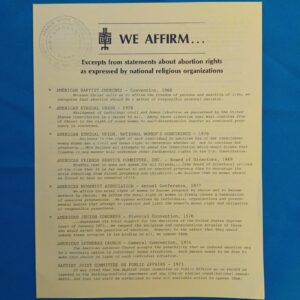 Responses to anti-abortion rhetoric comprise the majority of the material in the Library’s collection. If not for the dates on these documents (1970s to 1990s), a reader might think they were published in 2021. Contemporary responses from Reform leaders and organizations echo the statements of their founders and emphatically affirm support for reproductive rights for all. The following poem, published in Illuminata: Newsletter for the Clergy for Choice Network (Summer 2000) looks back and forward. 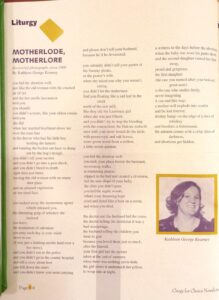 you hid the abortion well,

and the hot sterile instrucment

when her married boyfriend drove her

over the state line

to the doctor who had his little boy

and running the bucket out back to dump

out by the hog’s trough

you didn’t tell your mother

and you didn’t go into a pale shock,

and you didn’t bleed to death

right then and there,

leaving the old woman with an empty

and an amazed expression

on her tired face.

you tucked away the momentary agony

the liberating gulp of whiskey she

the instrument of salvation

you pray each day in your mind

(it was just a knitting needle held over a

and you didn’t run to the police

and you didn’t go to the county hospital

and tell a story about how

you fell down the stairs

and you didn’t know you were carrying

and please don’t’ tell your husband,

because he’d be devastated

you certainly didn’t tell your pastor at

or the pastor’s wife,

when she asked why you weren’t

you didn’t let the timbermen

find you floating like a sad leaf in the

north of the saw mill,

when she was just fifteen.

and you didn’t try to stop the bleeding

with the concoctions the Dakota midwife

once told your sister would do the trick:

with pennyroyal and oak leaves,

some green wood from a willow,

you hid the abortion well.

you took your place beside the husband,

slipped in the bed and created a diversion,

hid the new slope of your belly,

the clots you didn’t pass.

you hid the septic womb,

where your dreaming hope cried and listed like a boat on a storm.

and when you died,

the doctor and the husband hid the cause,

the doctor telling the mortician it was a

the husband telling the cihldren you

because you loved them just so much.

your first girl hid the picture

taken at the end of summer,

when there was nothing yet to hide.

the girl stows it underneath her pillow,

to weep into at night,

a witness to the days before the abortion,

when the baby son wore his pants short,

and the second daughter turned her face

(the one you named after your beloved

is the one who smiles freely,

it can end this way:

a mother will explode into scarlet

and be lost forever,

destiny hangs on the edge of a shot of

and freedom is bittersweet,

the autumn comes with a crisp slice of

and abortions get hidden