HUC-JIR at a Glance 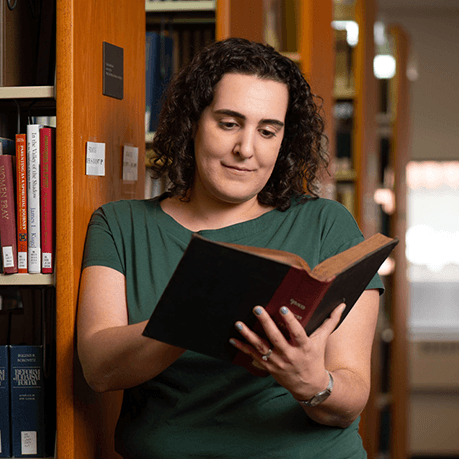 Founded in 1875, Hebrew Union College-Jewish Institute of Religion is the nation’s premier institution of higher Jewish education and the academic, spiritual, and professional leadership development center of Reform Judaism. HUC-JIR educates individuals for service to the Reform Movement and the Jewish people worldwide as rabbis, cantors, educators, and nonprofit management professionals, and offers graduate programs to scholars and clergy of all faiths.

Each year, HUC-JIR students serve more than one-third of the 850 Union for Reform Judaism (URJ) congregations (many of which are small synagogues that would otherwise not have professional leadership). They fulfill internships in educational institutions, Jewish communal organizations, camps, healthcare and military chaplaincy, and the institutional arms of the Reform Movement. Over 200 students have served Progressive congregations throughout the Former Soviet Union during Passover over the past decade.

The College-Institute is committed to advancing academic excellence while supporting fiscal sustainability. In the fiscal year 2021-2022, HUC-JIR’s students received over $7.1 million in scholarships, stipends, or student assistance with scholarships covering approximately 71% of tuition requirements. Instruction, academic support, and student services comprise nearly 55% of our operating budget.

Students have joint degree opportunities in our Rabbinical, Cantorial, Jewish Education, and Jewish Nonprofit Management Programs and can go on to earn a Ph.D. at our Pines School of Graduate Studies.

With an enrollment of about 400 full-time students, 135 part-time education and graduate studies students, and over 700 undergraduate students taught by HUC faculty at USC, HUC-JIR has the largest number of rabbinical, cantorial, Jewish education, Jewish nonprofit management, and graduate studies students of all Jewish seminaries in North America. Students benefit from HUC-JIR’s exceptional resources, including the Klau Library (the second largest Jewish library in the world) and the Jacob Rader Marcus Center of the American Jewish Archives with its 15 million documents recording American Jewish history and preserving Reform congregational and institutional records.

The 31 scholars on HUC-JIR’s tenure-stream faculty are internationally recognized for their cutting-edge research in a wide range of areas of Jewish studies, their teaching and mentorship of our students at the College-Institute, and their thought leadership and public scholarship for the Reform Movement and the wider Jewish world.